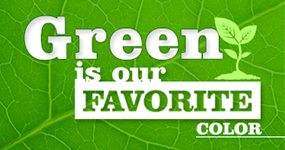 India is an agricultural country. Green revolution started in our country in the year 1966-67, due to which the indiscriminate use of chemical fertilizers and various other chemicals and improved varieties of seeds has been done to increase the production in agriculture, as a result of which in today's time the health of the soil, its organic, The physical and chemical properties have deteriorated. Due to the excessive use of chemicals, the quality of food is deteriorating, food poisoning and our environment is getting polluted. In such a situation, to get rid of the above problems, by reducing the use of chemical products, by using organic products like manure, compost, vermicompost, vermiwash etc.

Vermiwash is a honey-coloured liquid organic manure, which is produced during or separately from earthworm manure production. Earthworm eats its food while making tunnels in the soil. These tunnels contain micro-organisms. The water passing through this tunnel comes down carrying the nutrients from it in a soluble form and is easily absorbed by the plants. The same process works in the production of vermiwash. The body of earthworm is filled with fluids, and they are continuously excreted from their body. Vermiwash is the only storage of this liquid. It contains many nutrients, hormones like cytokinins, oxytocin, vitamins, amino acids, enzymes, beneficial microorganisms like bacteria, fungi, actinomycetes (fixers of nitrogen and soluble phosphates) etc. In this all the nutrients are present in soluble form which are easily available to the plants.

The vermiwash unit is prepared in a drum, tank or bucket of about 200 liters capacity of clay, iron or plastic. The upper part of the drum should be open for making vermiwash. By making a hole in the bottom of the tank, put a vertical T shaped tube, whose half inch should be submerged inside the tank. One side of the hose is attached with a tape and the other side is tightened with a dummy nut. The entire set is kept in a shady place above a proper post.

Vermiwash is produced during earthworm manure production. For this, we are given a slight (8-10 cm) slope outwards to the bottom surface of the vermicompost bed. A pipe is inserted into the outer wall by making a hole (5-10 cm in diameter) at the bottom. Keep the mouth of the exit pipe in an earthen pot or any vessel. During making earthworm compost, a liquid starts to accumulate at the bottom, which starts falling into the pot with the help of a pipe. This is vermiwash.

The vermiwash unit should always be in a shady place, so that the earthworms can avoid the direct rays of the sun.

Use the appropriate species of earthworm.

One liter of vermiwash mixed with 7-10 liters of water should be sprayed on the leaves in the evening.

Foliar spraying is done for early flowering and fruiting in summer vegetables, which increases production.

Spraying of vermiwash should be done in the evening.

A solution of vermiwash and water should be prepared in proper proportion.

Vermiwash with cow urine should be used as an insecticide/pesticide in proper proportion.

Always spray in the direction of the wind.